Hamlet's Heirs: Shakespeare and the Politics of a New Millennium 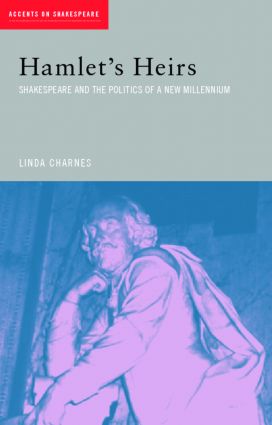 Speaking to readers in a voice that is adventurous rather than authoritative, innovative rather than institutional and speculative rather than orthodox, Linda Charnes’ provocative study of Shakespeare’s legacy in contemporary American and British politics explores the following themes:

Linked by focused readings of Hamlet and the Henriad, the essays follow Shakespeare’s two most famous royal sons, the Princes Hamlet and Hal, as they haunt contemporary political psychology in the early years of a new millennium, and especially in the aftermath of September 11, 2001. Between devolution in Britain and the new ‘doctrine’ of pre-emptive strike in the United States, our contemporary Hamlets and Hals epitomize a debate – as fraught now as in Shakespeare’ day – about the cost of spin-doctoring legacies. In exploring how current political culture inherits Shakespeare, Hamlet’s Heirs challenges scholarly assumptions about historical periodicity, modernity and the uses of Shakespeare in present day contexts.