I am a rhetorical critic. From my perspective, this means that I engage in an analytical practice that is informed by rhetorical lore and that takes as its goal a contribution to civic culture through the invention of just and capacious discourse. My work is animated by an effort to enable and encourage active participation in public life through the close study of exemplars. I participate in a long tradition of rhetorical criticism understood as a project of making public discourse available as civic equipment, a tradition articulated, for example, by Isocrates, Quintilian, and Kenneth Burke. Of course, my work also continues to be influenced by my mentors, including Janice Hocker Rushing and Michael C. Leff.

I have been particularly interested in African American public address, in part because circumstances often demand that marginalized rhetors be especially inventive as they address the limitations and exclusions that bar access to full citizenship. I have written about some of the ways that Malcolm X, W.E.B. Du Bois, Frederick Douglass, Stokely Carmichael, and Barack Obama have contributed to civic culture through their practices of rhetorical invention.

A natural outgrowth of these intellectual commitments has been my interest in pedagogy, and in particular the role that training in rhetoric should play in the liberal arts and in civic education. In this work, I argue for the continuing relevance of ancient rhetorical theory for analyzing, critiquing, and intervening in contemporary civic culture.

In addition, beginning in graduate school and extending to the present, I have had an abiding interest in the rhetorical analysis of film. In its cultural reach and multisensory appeal, film affords rich potential as an inventional resource, and its narrative form makes it an especially appropriate site for analytical work at the intersection of rhetoric and myth. In my current projects I find myself energized by returning to these interests in my teaching and research. 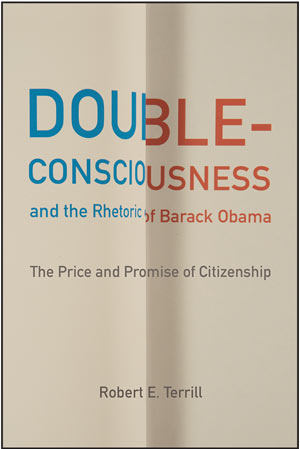 Double-Consciousness and the Rhetoric of Barack Obama: The Price and Promise of Citizenship