Signifying without Specifying: Racial Discourse in the Age of Obama 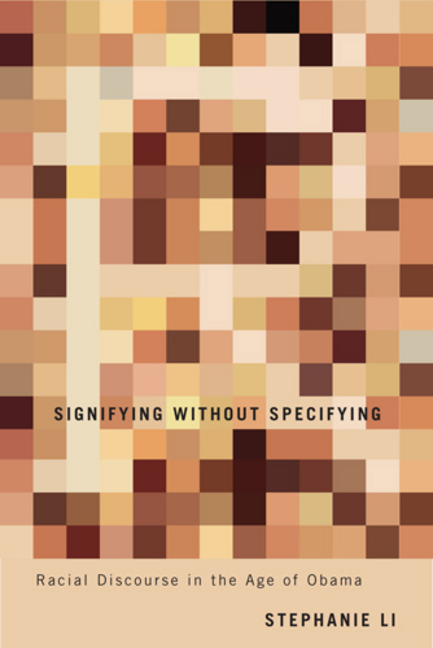 On the campaign trail, Barack Obama faced a difficult task—rallying African American voters while resisting his opponents’ attempts to frame him as “too black” to govern the nation as a whole. Obama’s solution was to employ what Toni Morrison calls “race-specific, race-free language,” avoiding open discussions of racial issues while using terms and references that carried a specific cultural resonance for African American voters.

Stephanie Li argues that American politicians and writers are using a new kind of language to speak about race. Challenging the notion that we have moved into a “post-racial” era, she suggests that we are in an uneasy moment where American public discourse demands that race be seen, but not heard. Analyzing contemporary political speech with nuanced readings of works by such authors as Toni Morrison, Jhumpa Lahiri, and Colson Whitehead, Li investigates how Americans of color have negotiated these tensions, inventing new ways to signal racial affiliations without violating taboos against open discussions of race.