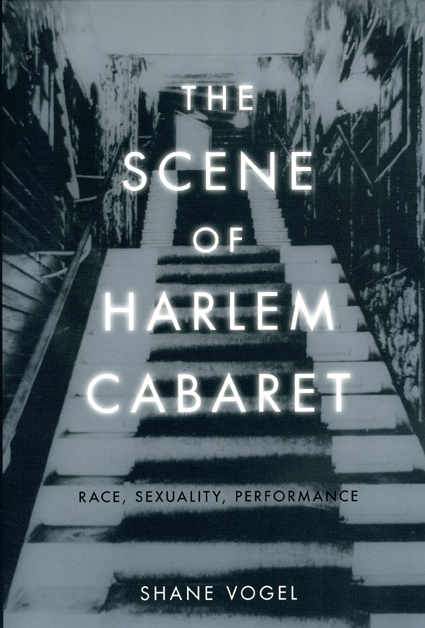 Harlem’s nightclubs in the 1920s and ’30s were a crucible for testing society’s racial and sexual limits. Normally tacit divisions were there made spectacularly public in the vibrant, but often fraught, relationship between performer and audience. The cabaret scene, Shane Vogel contends, also played a key role in the Harlem Renaissance by offering an alternative to the politics of sexual respectability and racial uplift that sought to dictate the proper subject matter for black arts and letters. Individually and collectively, luminaries such as Duke Ellington, Lena Horne, Langston Hughes, Claude McKay, Wallace Thurman, and Ethel Waters expanded the possibilities of blackness and sexuality in America, resulting in a queer nightlife that flourished in music, in print, and on stage.

Deftly combining performance theory, literary criticism, historical research, and biographical study, The Scene of Harlem Cabaret brings this rich moment in history to life, while exploring the role of nightlife performance as a definitive touchstone for understanding the racial and sexual politics of the early twentieth century.