Autobiography of an Androgyne 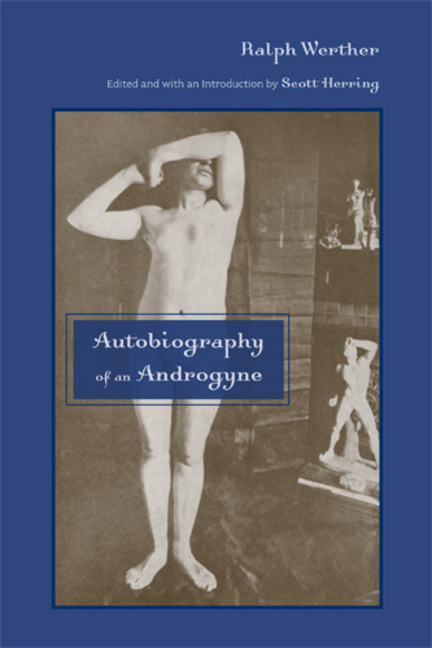 First printed in 1918, Ralph Werther's Autobiography of an Androgyne charts his emerging self-understanding as a member of the "third sex" and documents his explorations of queer underworlds in turn-of-the-century New York City. Werther presents a sensational life narrative that begins with a privileged upper-class birth and a youthful realization of his difference from other boys. He concludes with a decision to undergo castration. Along the way, he recounts intimate stories of adolescent sexual encounters with adult men and women, escapades as a reckless "fairie" who trolled Brooklyn and the Bowery in search of working-class Irish and Italian immigrants, and an immersion into the subculture of male "inverts." This new edition also includes a critical introduction by Scott Herring that situates the text within the scientific, historical, literary, and social contexts of urban American life in the late-nineteenth and early-twentieth centuries. Tracing how this pioneering autobiography engages with conversations on immigration, gender, economics, metropolitan working-class culture, and the invention of homosexuality across class lines, this edition is ideal for courses on topics ranging from Victorian literature to modern American sexuality.