Essential History: Jacques Derrida and The Development of Deconstruction 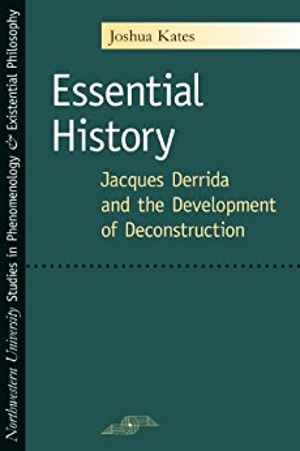 However widely--and differently--Jacques Derrida may be viewed as a "foundational" French thinker, the most basic questions concerning his work still remain unanswered: Is Derrida a friend of reason, or philosophy, or rather the most radical of skeptics? Are language-related themes--writing, semiosis--his central concern, or does he really write about something else? And does his thought form a system of its own, or does it primarily consist of commentaries on individual texts? This book seeks to address these questions by returning to what it claims is essential history: the development of Derrida's core thought through his engagement with Husserlian phenomenology. Joshua Kates recasts what has come to be known as the Derrida/Husserl debate, by approaching Derrida's thought historically, through its development. Based on this developmental work, Essential History culminates by offering discrete interpretations of Derrida's two book-length 1967 texts, interpretations that elucidate the until now largely opaque relation of Derrida's interest in language to his focus on philosophical concerns.