Wild Enlightenment: The Borders of Human Identity in the Eighteenth Century 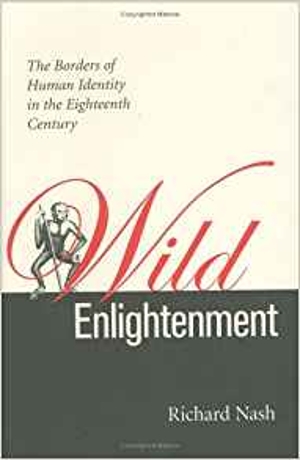 Wild Enlightenment charts the travels of the figure of the wild man, in each of his guises, through the invented domain of the bourgeois public sphere. We follow him through the discursive networks of novels, broadsheets, pamphlets, and advertisements and through their material locations at fair booths, the Royal Society, Court, and Parliament. He leads us on in various disguises: as Tyson’s Orang-Outang, Swift’s Yahoos, and Defoe’s Robinson Crusoe. Yet Richard Nash is not primarily telling a story of the English gentleman abroad in the realm of the wild man; instead Nash explores the wild man abroad in the realm of the English gentleman. His is the tale of the wild man as complex alter ego to the idealized abstraction of "the citizen of the Enlightenment."