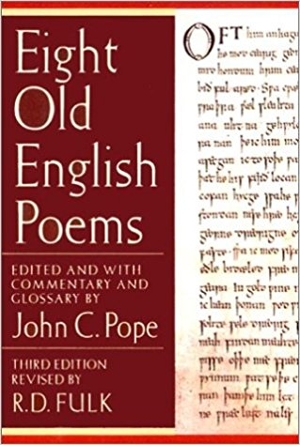 Included are the texts of Caedmon’s Hymn, The Battle of Brunanburh, The Dream of the Rood, The Battle of Maldon, The Wanderer, The Seafarer, Deor, and, newly added in response to changes within the Old English curriculum, The Wife’s Lament.

Prepared by R. D. Fulk, the Third Edition introduces a number of important improvements to the book’s scope and coverage.  The texts are based on manuscript authority and are sparingly emended, following the best scholarly editions.