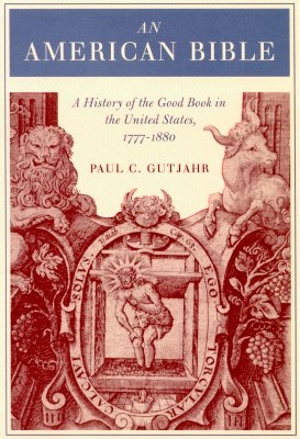 American publishing experienced unprecedented, exponential growth during the first three-quarters of the nineteenth century. An emerging market economy, widespread religious revival, reforms in education, and innovations in print technology worked together to create a culture increasingly formed and framed by the power of print. At the center of this new culture was the Bible, the book that Frank Luther Mott has called "the best seller" in American publishing history. Yet it is important to realize that the English Bible in America was not a simple, uniform entity. First printed in the United States during the Revolutionary War, it soon underwent a great many revisions, translations, and changes in format, as different editors and publishers appropriated it to meet a wide range of changing ideological and economic demands.

Although the importance of the Bible in early American culture is beyond dispute, scholars have been reticent to write about it because, as the religious historians Nathan Hatch and Mark Noll have noted, "it is often seen as meaning so many things to so many different groups of people that it is an impossible task to talk about the role and influence of the Bible in any specific way." This book offers the first synthetic account of the Bible’s place in late eighteenth and early nineteenth-century American cultural life. More specifically, it examines the grand drama of how a wide range of constituencies (both secular and religious) fought to keep the Bible the preeminent text in the United States as the country's print marketplace experienced explosive growth. These battles over preeminence would have profound consequences for a wide range of American cultural practices and forms of printed material. By exploring how publishers, clergymen, politicians, educators, and laypersons met the threat that new printed material posed to the dominance of the Bible by changing both the Bible's form and content, this book reveals the causes and consequences of mutating God’s supposedly immutable Word.