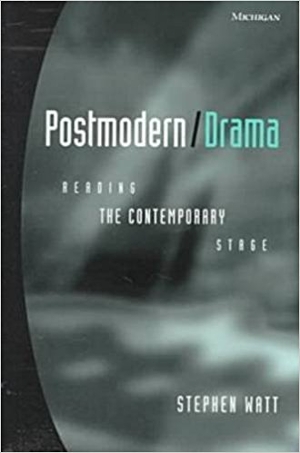 The absence of drama in most considerations of the "post-modern condition," Stephen Watt argues, demands a renewed exploration of drama's relationships with late capitalist economy, post-Marxian politics, and commodity culture. But Postmodern/Drama asks a provocative question: Does an entity such as postmodern drama in fact exist?

Scrutinizing the critical tendency to label texts or writers as "postmodern," and delineating what it might mean to "read" drama more "postmodernly," Watt demonstrates that playwrights such as Samuel Beckett, Cherrié Moraga, Harold Pinter, David Rabe, Karen Finley, and others should not be labeled "postmodernist," but rather recognized as producers of texts that might be termed "post-modern."