Onward to Victory: The Creation of Modern College Sports 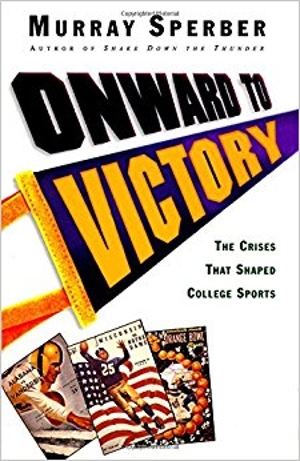 With the 1940 release of the classic film Knute Rockne, All American, the myth of the hero scholar-athlete was born, and with it came the age of big-time college sports in America. Drawing on a wide variety of sources, including press accounts, letters and diaries, historical papers, and interviews with many who were there, Sperber recounts how the myths created by Hollywood studios were embellished and codified by a hungry press, infiltrating the collective unconscious with epic stories of players, coaches, and teams. As college sports became a mainstay of popular entertainment, they also were fertile ground for near-fatal scandal, ultimately giving rise to the modern NCAA. Sperber vividly re-creates the world of postwar America, with its all-powerful radiomen, its lurid press, its growing prosperity, and, of course, the infancy of television. A brilliant, detailed, and engrossing work of social history for not only sports fans, but anyone interested in the development of modern American culture.