Professor Kilgore is currently working on The Galactic Club: Seeking a Postracial Universe in Science/Fiction, a book project that explores the narrative confluence of the search for extraterrestrial intelligence (SETI) and science fiction in literature and film. This cultural exchange proposes that the scientific discovery of extraterrestrial civilizations will produce a postracial, posthuman future. I argue that this speculative science/fiction seeks a transformation that will solve 20th century conflicts founded in racism and nationalism. What is at issue here is not only the social structures that define human beings but also whether their reformation is possible or even desirable.

"‘The Best is Yet to Come’: Star Trek: Deep Space Nine as Reform Astrofuturism" in Black and Brown Planets: the Politics of Race in Science Fiction, edited by Isiah Lavender III (Jackson: University Press of Mississippi, 2014)

"According to Hoyle and Sagan: SETI Science for the Millions," Palgrave Handbook of Society, Culture and Outer Space. Edited by James S. Ormrod and Peter Dickens (New York: Palgrave Macmillan, 2016). 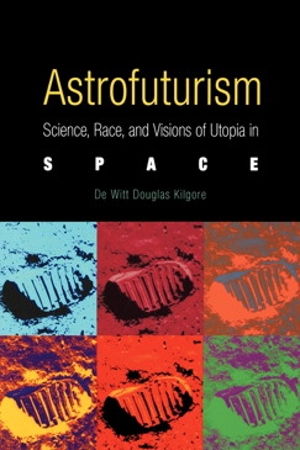 Astrofuturism: Science, Race, and Visions of Utopia in Space