Joss Marsh is an archival scholar whose work is driven by two broad interests – in the intersections of "high" and "popular" culture (especially film), and the history of the imagination. She also cares passionately about writing, lecturing, and graduate teacher-training. Her last book Word Crimes: Blasphemy, Culture, and Literature in 19th-Century England (Chicago UP, 1998) was unusual in being described (in the British press) both as "monumental" and as "a page-turner"; she has begun work on a related project, Heretica: Impossible Women, Impious Lives, 1819-1898. However, she is currently embroiled in a second project which began life as a book about Dickens and cinema, but which has turned into a book about Dickens, cinema, and all the popular culture that intervened between, including Victorian melodrama, the late Victorian theatrical star system, celebrity photography, Victorian virtual tourism, and the relationship between performativity and anti-Semitism in Britain. She has lectured and published most recently on "Victorian film," Chaplin, the Imperial reprocessing of Sydney Carton, and the filming of Murnau’s 1922 Nosferatu. With her partner, David Francis, she has also recently both lectured on the Victorian magic lantern & early cinema and recreated actual lantern performances at a range of archives and venues, including the Cinemateca Portuguesa, the Dickens Universe, and the Academy of Motion Pictures. She occasionally subjects herself to theatrical discipline, and is probably the only woman academic ever to have played Scrooge in male drag in a professional theatre.

"Dickens and Film," in The Cambridge Companion to Dickens, ed. John Jordan (Cambridge UP, 2000).

"In a Glass Darkly: Photography, the Pre-Modern, and Victorian Horror," in Prehistories of the Future, eds. Elazar Barkan and Ron Bush, 1995 ( Stanford University Press) 159-71. 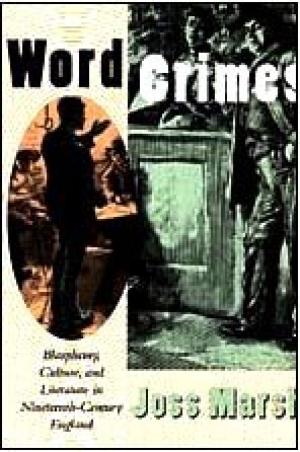