My teaching and research have focused broadly on the relationship between rhetoric and social theory with attention to the problem of judgment in late modern society. My early work focused on shifts and changes in the meaning of the word “equality” from the time of the American founding to the 1980s and more recently has focused on the role of visual rhetoric—primarily photojournalism—as a mode of public art for a liberal democratic political culture. Books include Crafting Equality: America’s Anglo-African Word, with Celeste Michelle Condit (U. of Chicago, 1993), and No Caption Needed: Iconic Photographs, Public Culture, and Liberal Democracy, with Robert Hariman (U. of Chicago, 2007). I am currently completing The Public Image: The Work of Photography in the 21st Century, with Robert Hariman (U. of Chicago, forthcoming 2016). I have also co-edited a number of volumes, including The Contemporary Rhetorical Theory Reader (Guilford Press, 1999), Rhetorical, Politics, and Materiality (Peter Lang, 2012), and The In/Visibility of America’s 21st Century Wars (Rutgers University Press, forthcoming, 2016). I teach classes on argumentation and public advocacy, contemporary rhetorical theory, and visual rhetoric/culture. 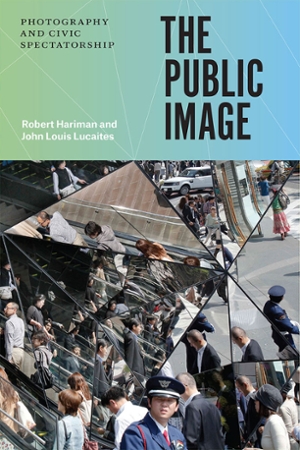