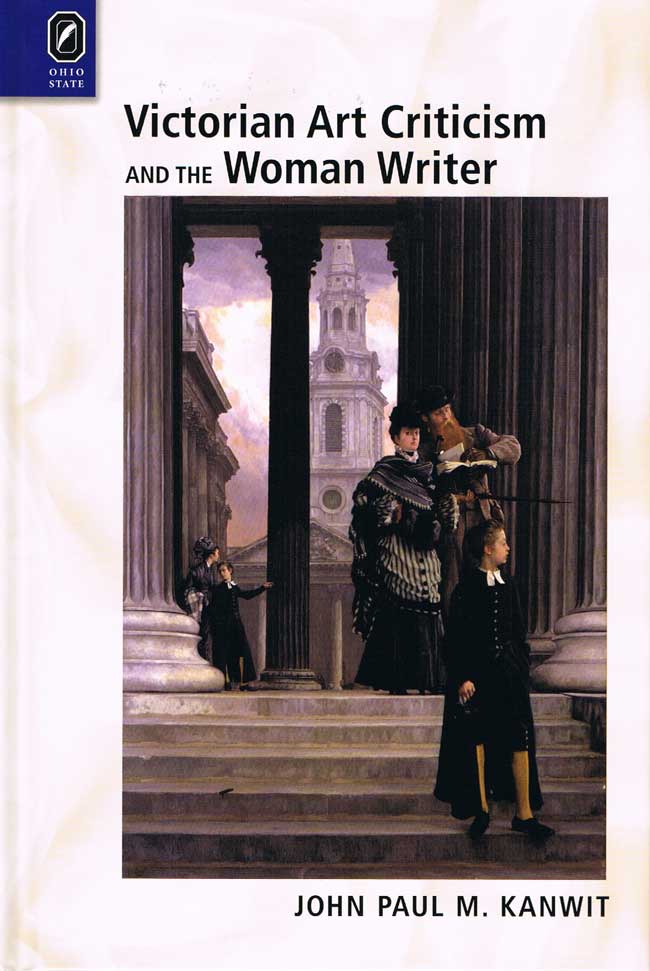 “Victorian Art Criticism and the Woman Writer . . . fill[s] an important gap in being one of the few works to acknowledge the role of female critics like Dilke, Eastlake, and Jameson and to discuss their writings, opinions, and influence at any length.” — Jennifer J. Krisuk, Tulsa Studies in Women’s Literature

“The Pre-Raphaelite focus on not only art but also art criticism makes Kanwit’s text . . . an important part of the larger discussion of art and literary criticism.” — Ann Gagné, Journal of Pre-Raphaelite Studies

“Kanwit’s readings of novelistic scenes are often illuminating, and within the individual chapters there are many interesting insights into particular texts. There is also a very good attention paid to the nuances of particular careers.” — Dehn Gilmore, Nineteenth-Century Literature

Victorian Art Criticism and the Woman Writer by John Paul M. Kanwit examines the development of specialized art commentary in a period when art education became a national concern in Britain. The explosion of Victorian visual culture— evident in the rapid expansion of galleries and museums, the technological innovations of which photography is only the most famous, the public debates over household design, and the high profile granted to such developments as the Aesthetic Movement— provided art critics unprecedented social power. Scholarship to date, however, has often been restricted to a narrow collection of male writers on art: John Ruskin, Walter Pater, William Morris, and Oscar Wilde.

By including then-influential but now lesser-known critics such as Anna Jameson, Elizabeth Eastlake, and Emilia Dilke, and by focusing on critical debates rather than celebrated figures, Victorian Art Criticism and the Woman Writer refines our conception of when and how art criticism became a professional discipline in Britain. Jameson and Eastlake began to professionalize art criticism well before the 1860s, that is, before the date commonly ascribed to the professionalization of the discipline. Moreover, in concentrating on historical facts rather than legends about art, these women critics represent an alternative approach that developed the modern conception of art history. In a parallel development, the novelists under consideration—George Eliot, Charlotte Brontë, Anne Brontë, and Elizabeth Gaskell—read a wide range of Victorian art critics and used their lessons in key moments of spectatorship.

This more inclusive view of Victorian art criticism provides key insights into Victorian literary and aesthetic culture. The women critics discussed in this book helped to fashion art criticism as itself a literary genre, something almost wholly ascribed to famous male critics.

John Paul M. Kanwit is associate professor in the Department of English at Ohio Northern University in Ada, Ohio.