The Classicist Writings of Thomas Walsingham: ‘Worldly Cares’ at St Albans Abbey in the Fourteenth Century 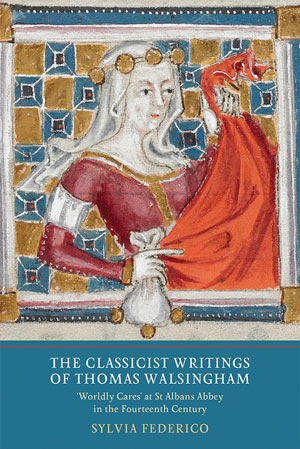 The literary career of Thomas Walsingham, a significant figure in late fourteenth-century classicist letters in England and an overlooked contemporary of Chaucer, has been neglected - which this book remedies. Following the texts, rather than individuals or institutions, it demonstrates both authors' participation in a previously unrecognized discursive field that spans Latinate clerical prose and secular vernacular poetry, opening for reexamination the "idea" of public literature in the late Middle Ages and recalibrating the terms of the conversation about the advent of humanistic textual practice in England. Providing a connected and comparative reading of Walsingham's works, alongside those of Chaucer, and taking both historical and literary approaches, the book extends our understanding of Chaucer through the exploration of his relationship to the clerical constituencies of London, Oxford, and monasteries in the South-East, and inserts Walsingham into the modern study of the reception of the Latin classics among the vernacular authors of his period.

Sylvia Federico is Professor of English and member of the Classical and Medieval Studies Program at Bates College.