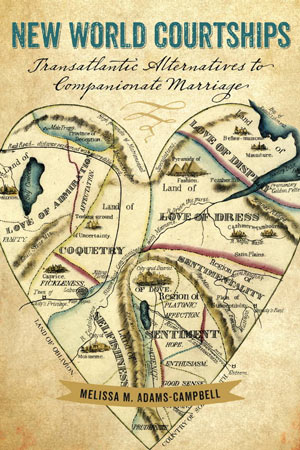 Feminist literary critics have long recognized that the novel’s marriage plot can shape the lives of women readers; however, they have largely traced the effects of this influence through a monolithic understanding of marriage. New World Courtships is the first scholarly study to recover a geographically diverse array of eighteenth- and nineteenth-century novels that actively compare marriage practices from the Atlantic world. These texts trouble Enlightenment claims that companionate marriage leads to women’s progress by comparing alternative systems for arranging marriage and sexual relations in the Americas. Attending to representations of marital diversity in early transatlantic novels disrupts nation-based accounts of the rise of the novel and its relation to “the” marriage plot. It also illuminates how and why cultural differences in marriage mattered in the Atlantic world—and shows how these differences might help us to reimagine marital diversity today.