My work explores the intersection between the European Enlightenment and the literary form most often claimed as its logical outgrowth, the novel. More specifically, in my first book Chance and the Eighteenth-Century Novel: Realism, Probability, Magic I argue for the novel as an agent of re-enchantment, seeking not so much to instantiate ascendant scientific principles but, rather more radically, attempting to heal the rift between the animistic and materialist worldviews. Such a thesis guides my readings of the rise of lottery addiction, the emergence of tarot cartomancy, and the "realism" of Defoe, Fielding, Sterne, and Sade, among others.

I am currently at work at two subsequent projects: the first investigating the historical construction of time within eighteenth-century literature and culture; and the second developing a poetics of graphic storytelling and representation.

“Time and Temporality in Tom Jones," in The Oxford Handbook to Henry Fielding (forthcoming).

"Equiano's 'Loud Voice': Witnessing the Performance of The Interesting Narrative," Texas Studies in Language and Literature 48.2 (2006): 123-44.

“Of Plagues, Cannibals, and Zombies: Daniel Defoe and the Origins of the Zombie Plot,” Zombies vs. Professors conference, Louisville (2012)

“A Reply to the Question: ‘Can Narratives Enlighten?’” ASECS annual meeting, San Antonio (2012)

English professor Jesse Molesworth gives a two-minute lecture on the themes of Black Hole by Charles Burns. The twelve-issue, limited edition comic book series deals with the aftermath of a sexually transmitted disease that causes grotesque mutations in Seattle teenagers in the mid-1970s. 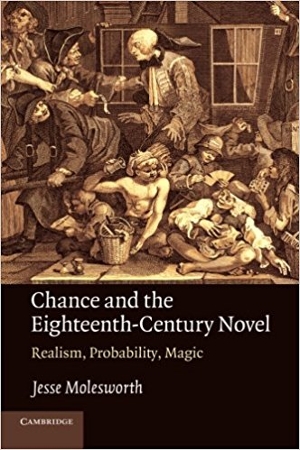